Motivating and Easy-to-remember Cheers for a Game of Softball

Softball cheers are used by most softball players during a game, irrespective of their age. The article below provides you with some cool and funny cheers you can use at your next softball game. 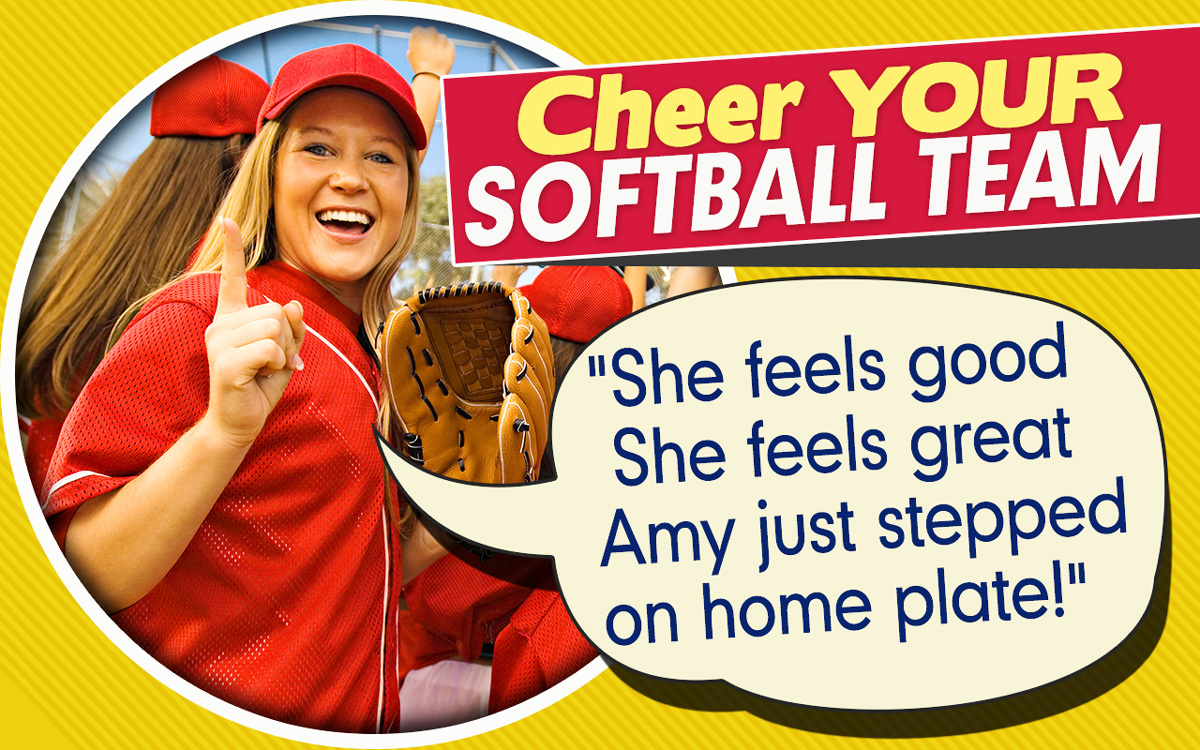 Softball cheers are used by most softball players during a game, irrespective of their age. The article below provides you with some cool and funny cheers you can use at your next softball game. 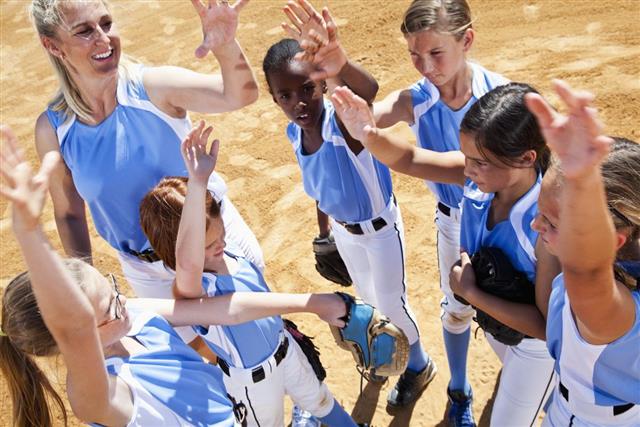 Softball is a team sport, which closely resembles baseball and is played on a smaller diamond with a larger and softer ball. Cheers chanted during a game of softball are shouted aloud by teammates during the game in order to show their support for the team. The main purpose of these cheers is to motivate the team members and discourage the opposing team. The key feature of this game is that unlike other games, the team members themselves scream out these cheers and encourage each other to play well. Players, coaches, and fans, all have fun chanting these cheers, which create a positive effect on the mental well-being of the players as well as the audience, making the game more pleasurable and exciting. The paragraphs below provide you with a collection of cool softball cheers that will surely instill the feeling of team support in you.

“Hey hey wadda you say,
hit the ball the other way,
harder, farther fair,
and if you don’t like it,
foul it off again ya big dog, woof, woof, meow”

“Show your spirit in the stands (repeat)
Sit down and take a rest
Now you know that we’re the best.”

“Bang bang, choo choo train
Wind me up, I`ll do my thing
I know karate, I know kung-fu
You mess with me, I`ll mess with you”

“Everywhere we go, people want to know,
Who we are, so we tell them.
We are the (team name),
The mighty, mighty (team name).”

“Totally for sure I just got a manicure
the sun I swear it’s bleachin’ up my curly hair
36 to 24 I don’t know the stupid score
Go go fight fight
Gee! I hope I play alright
Go go fight fight. Go (team name).”

“(Player’s name) is her name
and softball is her game.
She’s got home run on her mind
and, WHOO, she lookin’ fine!”

“Call the cops (echo), she stole a base (echo,) and you let her have it (echo) nananana boo boo”

“See that batter at that plate
She’s the best in all the state
She’s got spirit, she’s got pride
Ha, Ha, Ha she’s on our side!”

There were some funny, cool, and amazing softball cheers for you. Chanting cheers is an integral part of the game that gives the sport its real image. Pick the ones you like and have fun playing the game as well as cheering for your team.