All About the Rules and Regulations of Playing Tetherball

Though not very popular, tetherball is a great sport that can be enjoyed by everyone. Learn here about its rules, so that you too can enjoy this unique and interesting sport.

Home / Uncategorized / All About the Rules and Regulations of Playing Tetherball 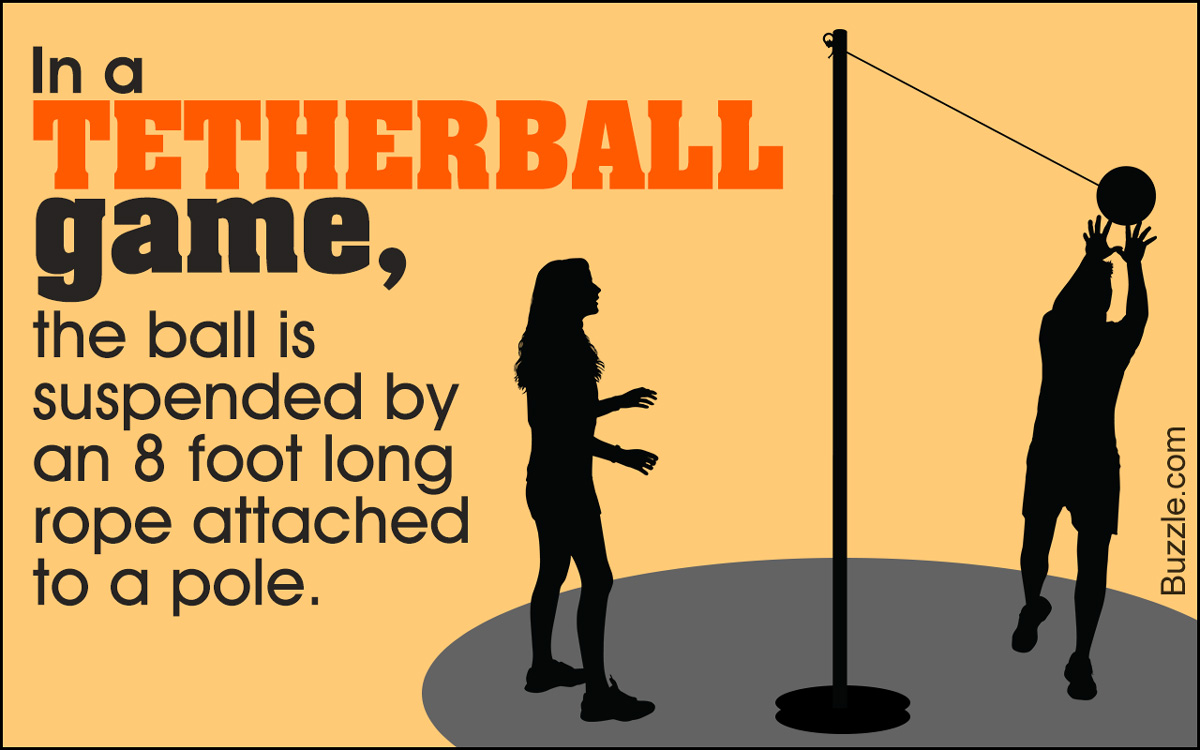 Though not very popular, tetherball is a great sport that can be enjoyed by everyone. Learn here about its rules, so that you too can enjoy this unique and interesting sport.

Tetherball is a unique sport that offers a great workout for youngsters and adults alike. In this game, a ball similar to a volleyball is suspended by an 8 foot long rope that is attached to a pole that is 10 feet high. The game is played by two players, and each player is assigned his own area around the pole. It is a game that is easy to play and is usually popular among summer camps and schools. As mentioned earlier, the game is not official, but once the basics of playing this game are learned and the rules understood, then the game can become as popular as volleyball or tennis.

The purpose of this game is to have the ball wrapped around the pole completely in one direction when struck (hit or punched) by the hand, such that it can no longer be swung by the opposite player. The person who hits first is always at an advantage, which is why one match is not enough to declare the winner. Matches of odd numbers, with a victory margin of 2 games, must be played so as to declare the ultimate winner. After setting up the equipment, each player can choose their side, after a coin flip that will decide who serves first.

There are mainly four types of penalties that are applicable while playing the game. These include:

With the exception of the last penalty, if any of the above-mentioned fouls are committed, the ball is stopped in its position, and served by the opponent, from the point where it was last wrapped. On the occurrence of three fouls by a single player, the game is won by the opponent. In case both players commit a foul at the same time, the game is stopped at that point. The ball is taken three feet away from the pole and held by both the players. The players release the ball together such that it hits the pole, and thereafter, either player can choose to hit it depending on the direction of the ball.

Tetherball is an interesting game. Once you have understood the rules, you will surely enjoy it. Make an attempt to popularize it enough for it to become an official sport. 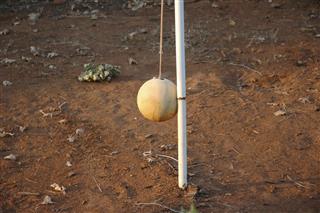 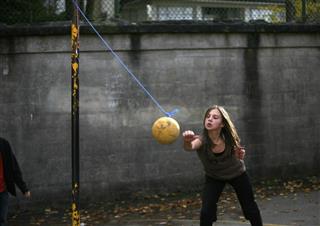 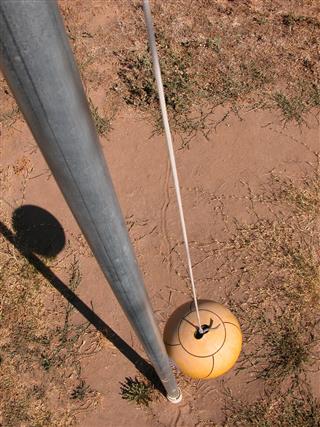 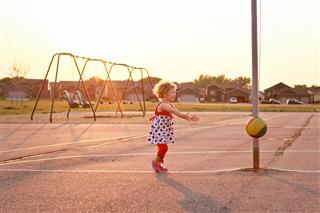