While dismissed by many as non-sports, timber related sports offer the same tests of athleticism as many mainstream sports. The various events represent challenges in skill, strength, endurance, speed, and agility, that would be hard for any other competition to surpass.

While dismissed by many as non-sports, timber related sports offer the same tests of athleticism as many mainstream sports. The various events represent challenges in skill, strength, endurance, speed, and agility, that would be hard for any other competition to surpass.

Unlike the most popular sports today such as baseball, basketball, and football (whichever kind you prefer), lumberjack sports are based on the actual, practical tasks that have been performed daily by lumberjacks for centuries. In this way, lumberjack competitions are similar to skiing, dogsledding, or many equestrian competitions.

Lumberjack sports enjoy their greatest popularity in Canada and the United States. One of the oldest organized lumberjack competitions is the trademarked Lumberjack World Championships held each summer in Haward, WI. This competition was first held in 1960, and like the sport itself, has increased in popularity since then. Twenty-one different events are held, where men, and now women, compete for world records in everything from log rolling to pole climbing. Similar competitions are held in other places in North America. Until recently, one of the most publicized of these was ESPN’s Great Outdoor Games, where the Superjack event was just one of the non-mainstream outdoor sports featured. Unfortunately for the sport and its fans, in 2006, ESPN made the decision to discontinue these.

Mainstream sports enthusiasts may dismiss timber related sports as non-sports, perhaps even as silly. (In contrast, they feel that it’s not silly at all to hit and chase a little ball across a field, or to try to keep one away from the other team, or to run up and down bouncing and throwing a ball through a net.) If a sport, or athletic event is defined as test of physicality or athletic ability, then lumberjack events certainly qualify as sports. The winners must demonstrate superior strength, speed, agility, and stamina.

In the single buck competition, a one man bucking saw (a crosscut handsaw) is used to cut through a 20-inch thick pine log. The record, set in 2006, is 10.78 seconds.

In the underhand chop, competitors stand on top of a two-foot long block of wood and swing a six-pound ax between their feet to chop the block in half. The block is cut halfway through from one side, the competitor repositions, and it is chopped the rest of the way from the other. The records for this event are kept for specific block sizes and species of wood. As an example, the record for an eight-inch square block of white pine is 6.25 seconds, set in 1990.

One of the most interesting events is the springboard chop. The competitor has to climb a nine-foot pole using only an ax and a set of springboards. Each springboard is a hardwood plank about five feet long, eight inches across, and two inches thick. These springboards are set in notches chopped in the pole, allowing the lumberjack to stand on one springboard and chop another notch higher up. When he reaches the top, he has to cut through the pole with his ax.

Other climbing events include tree (or pole) climbing and tree topping. For anyone afraid of heights, just watching this competition may make your heart skip a beat. These are timed events that start when the climber’s feet leave the ground and end when they return to the ground. A record speed of 24.82 seconds was set in 1989 for a 100-foot climb. During the same competition, the lumberjack that set that record also set a record of 58.95 seconds for tree topping at the 100-foot height.

Birling, or log rolling, is perhaps the most exciting of the timber sport events. It requires incredible balance and agility. Of course, like all the other events, it didn’t start out as a sport at all, but as a practical workaday skill. When logs were floated down river to a sawmill, they would sometimes get ‘jammed up’, making it necessary for someone to walk out on the floating logs and get them moving again.

In the modern sport, two competitors, or ‘piggers’, stand at opposite ends of a floating log. Without touching each other, and with no balancing equipment, they try to not only stay on the log, but cause the other person to lose their balance. Beginners are proud of staying on the log for a few seconds. In contrast, the Guinness Book of World Records says that in 1956, two competitors stayed on a 13″ diameter log for over two hours.

While not as well-known as football, baseball, or basketball, timber sports offer an exciting display of athleticism. More than that, the skill, strength, speed, endurance, and agility demonstrated are reminders that the events are not just the creation of idle sportsmen, but a reflection of the hard work performed by ordinary lumberjacks in times past. 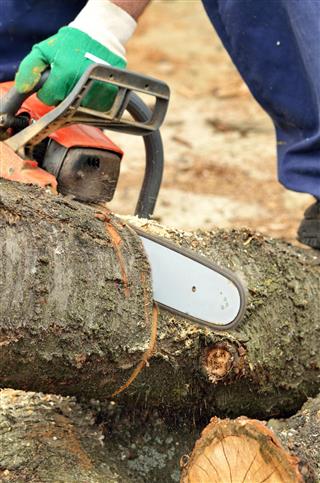 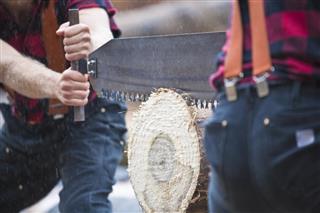 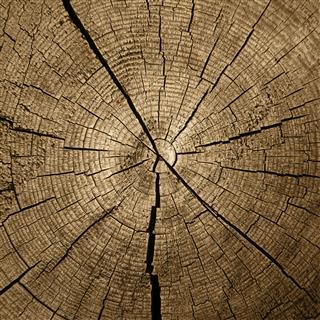 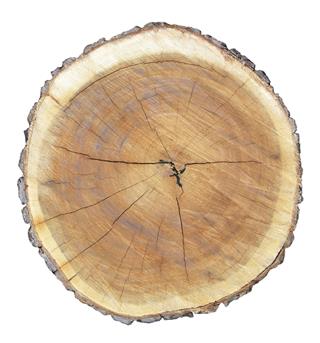