Are you a soccer fan? Then this article will take you on a quick trip across the globe, to find out the top 10 biggest soccer stadiums. Read through the article to know more... 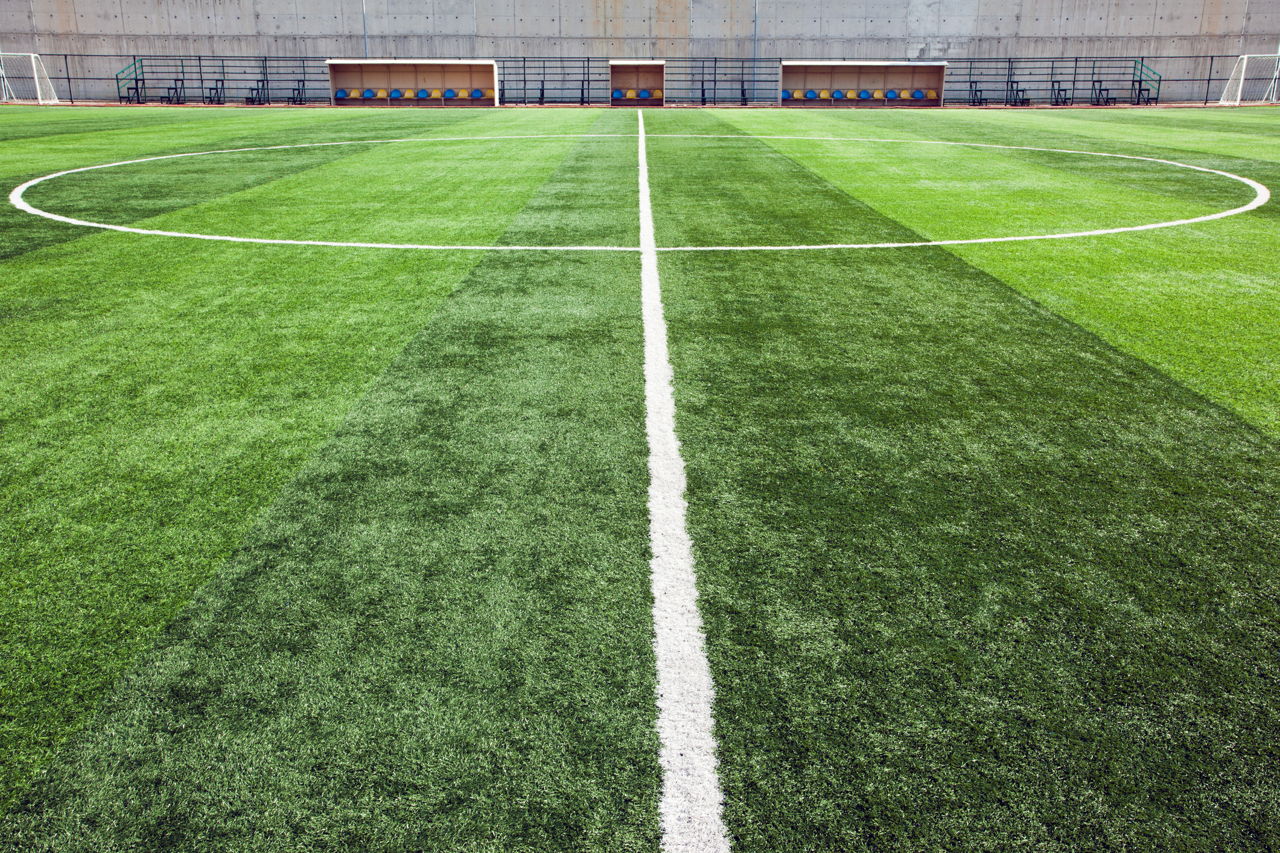 Are you a soccer fan? Then this article will take you on a quick trip across the globe, to find out the top 10 biggest soccer stadiums. Read through the article to know more… 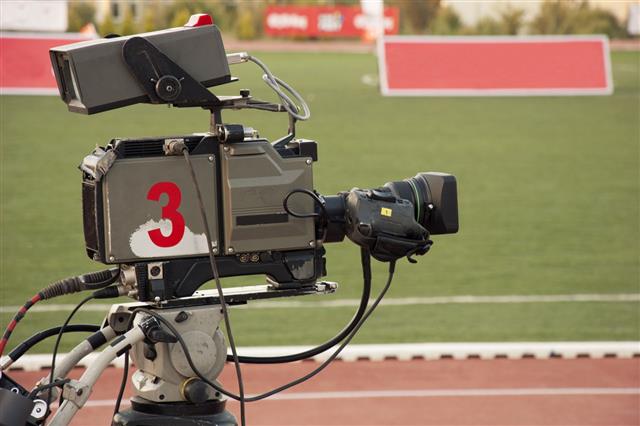 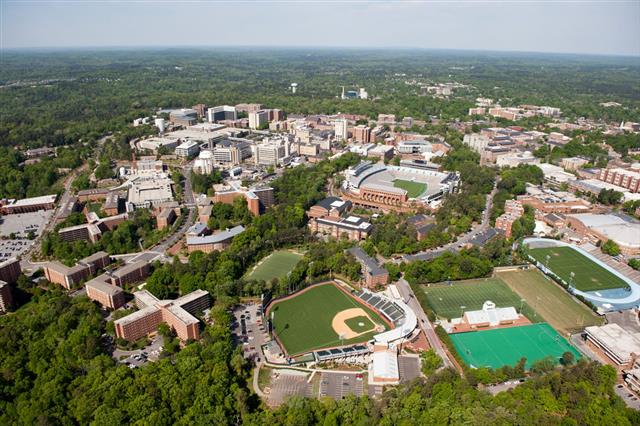 If you go to Google and type in “Soccer as a Religion”, you get pages and pages of results. Such is the hold soccer has on the masses. It is influential on such a deep level and magnitude, that where peace talks and other means of ensuring world peace fail, soccer is what diplomats and world leaders turn to, to dissipate the animosity and bring people together! Is it any wonder then, that there are hundreds of stadiums cropping up across the globe, in reverence to this cult-game?! And not just ordinary stadiums too. These are grand, mesmerizing shrines in keeping with the status of the sport they are built for. Each of these arenas has something unique and fascinating about it. Some have historic significance, some have set mind-boggling records for size or cost of construction, while some others are architectural masterpieces. This SportsAspire article visits the top 10 biggest soccer stadiums across the globe…

This grass-surface stadium is the largest in Egypt and the second largest in Africa. Egypt wanted to host the 2010 FIFA World Cup, which is the main reason this stadium was built, although only one match in the tournament was played in this stadium – the opening match between Egypt and Trinidad and Tobago. But it did host the opening ceremony. What makes this stadium unique is that it’s designing and building was undertaken by the Egyptian Armed Forces Corps of Engineers (EAFCE). Among the features of this stadium, 2 training fields, 32 restaurants, 76 staircases, 68 restrooms, along with a 200 bed hotel for the players, are the important ones.

This bowl shaped stadium was built by United Engineers Malaysia, Bhd, in 1998. Although it was initially built for the 1998 Commonwealth Games, it is now a multipurpose stadium and also the 25th largest stadium in the world. The colorful seating arrangement makes a pattern representing the national flag in motion! It is also used to host music shows and concerts, and artists like Usher, Paramore and Kelly Clarkson have performed here.

This stadium is named after the first President of Indonesia, Sukarno. It was opened in 1962 and has a range of facilities like a tennis stadium, an indoor gymnasium, an archery field, an aquatics arena, a softball and a hockey field as well! The temu gelang, which is the huge ring formed by the gigantic steel roof, is the main feature of this stadium. It enhances the grandeur of the stadium. It has a grass surface and cost an amazing $12,500,000 to build!

This stadium needed a mind-boggling 800 million pounds to build, making it the most expensive stadium in the world! Its most famous feature is the Wembly Arch which measures 134 meters in height and has a span of 137 meters, and is quite a sight at night when it is lit up. It is a bowl shaped structure with a partially retractable roof, and the only stadium which requires beacons for low flying aircraft! Besides football, it is used to host rugby matches and music concerts. This stadium actually is rebuilt; its original structure being the Empire Stadium, which was one of the most famous soccer stadiums in the world until its demolition in 2003.

FNB stands for First National Bank and it is named that, because of the deal with its sponsor, you guessed it right, the First National Bank! The largest stadium in Africa, its structure is similar to the African gourd/pot, which gives it the nickname “The Calabash”. It was known as Soccer City during the FIFA World Cup 2010, and required around $450 million for its construction. There are a few unique things about this stadium that you may find interesting…

Camp Nou was constructed in 1957 and is the largest stadium in Europe. ‘Camp Nou’ is actually the nickname of the stadium! Its official name was Estadi del FC Barcelona, until 2000. An interesting fact about this stadium is that when it was remodeled in 1980, the funds came from thousands of supporters who paid donations to have their names inscribed on the bricks! The 1999 Champions League final, with the thrilling last minute Manchester United comeback against Bayern Munich, was held here! Other than soccer legends, Camp Nou has hosted celebrities like Michael Jackson, U2, Pope John Paul II, Bruce Springsteen, Sting, etc.

This is the place where you can watch the match live as well as get the experience of watching it on a BIG screen – the original scoreboard was replaced by one of the biggest televisions in the world (20m X 7.5m)! This stadium, considered to be intimidating for visiting teams, was originally built to host the 1974 Asian Games. It’s a beautiful structure, sloping downwards from the stands towards the stadium, in a bowl shape. Originally named Sad-Hezar Nefari Stadium, it was called Azadi Stadium after the Iranian Revolution, since in Persian, Azadi means Freedom. It is Iran’s National Stadium, fifth biggest in the world, and the largest in the Middle East.

This grass surface stadium, opened in May of 1996 is special for many reasons. Here are a few:

There is also a plaque and a monument outside the stadium to immortalize the ‘Goal of the century’ and ‘Game of the Century’, respectively. Definitely deserving of its number 3 position, huh?

This stadium, although mainly used for football, is a multipurpose stadium. The surface is Astroturf and it has many facilities like 4 reservoirs fully equipped with fire fighting arrangements, diesel generation sets, its own water arrangement, and lighting arrangements for nocturnal sports! Also, Oliver Kahn played his last match for Bayern Munich in this stadium. The stadium is also used to host concerts, athletic events, derby matches and other important events. It also hosted the 1987 SAF Games.

This is the biggest stadium in the world that is used for soccer. It is a sprawling and humungous structure covering 2.2 million ft2 of floor space and towering above the ground at 60 meters! But it is also an aesthetically pleasing stadium, with 16 arches forming a ring resembling the magnolia flower! An interesting fact about this stadium is that many North Korean army generals were burnt alive here, after being implicated for attempting to assassinate Kim Jong-II. This stadium is not dedicated only to soccer though, and it hosts many gymnastics events as well as other sports and cultural events.

Ever since the invention of soccer, it has won millions of fans for itself. Call a stadium a stadium in front of a true blue soccer fan, and you may be at the receiving end of a scornful, withering look! No people, it’s not merely a stadium – it’s a place where dreams are born, passions are ignited, and hearts are broken! Goose bumps, tempers, feverish chanting, absolutely crazy stuff – you gotta be there to have an indelible memory! 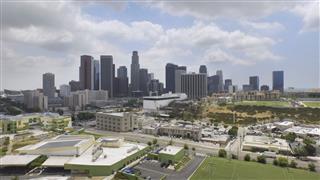 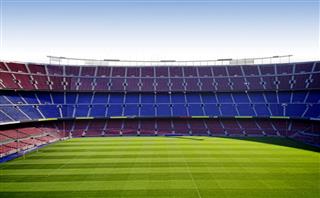