Types of Penalties in Ice Hockey You MUST Know About

Ice hockey is a well-known and exciting sport which is played on ice. The game started in Canada in the 1800s. There are various types of penalties given in ice hockey.

Ice hockey is a well-known and exciting sport which is played on ice. The game started in Canada in the 1800s. There are various types of penalties given in ice hockey.

A penalty in ice hockey is a punishment given to a player for a violation of the game’s rules. Penalties are of three main types; namely, minor, major, and misconduct. The statistic used to track them is known as PIM or Penalty in Minutes. Traditionally, it was called ‘Penalty Infraction Minutes’.

The initial rules of hockey, called Halifax rules, were introduced in Montreal by James Creighton in 1875. He devised the first indoor game. Montreal Gazette authenticated a set of Montreal Rules which said that charging from behind, tripping, collaring, kicking or shinning the ball would not be permitted. The result of that was a penalty like the game would be stopped and a bully or face-off would come about. A face-off is a way to begin the play in ice hockey and some other sports. In 1886, reviewed rules were designated, where if the rules were not obeyed, two warnings would be given, and on the third law-breaking, the participant would have to walk off from the play area or would be removed.

In 1904, rules were changed again. Players were not allowed to play as a penalty for infractions. There were two, three or five minutes’ penalties depending on the severity of the fault. In 1914, all the penalties were of five-minute duration and after two years, they were brought down to three minutes. In 1917, when the National Hockey League (NHL) was found, the rules that were formed said that a team could not replace a player undergoing a penalty throughout the game. In 1921-22, the penalty was reduced to two minutes. The five and ten minutes were introduced after two years.

A penalty in ice hockey is a punishment given to the participant or player for breaking of rules or inappropriate behavior. Penalties are enforced by the referee by sending the player to the penalty box for a certain number of minutes that is determined by the degree of his fault. During this time, the player cannot play or continue with the game. The penalty box is the area where a player serves the time of penalty that is not very severe. There are two penalty boxes, one for each team. The law-breaking team usually may not replace the player who is sent off, leaving them short-handed. The opposing team is on a power play, as they have one player more on the ice than the short-handed team. The short-handed team is said to be in penalty killing mode till the penalty time passes and the offended player comes back to play. Linesmen may only enforce definite technical violations like “too many players on the ice”. Let us see the different types of penalties in ice hockey and the timings that are allotted for them.

Minor penalty is a punishment of the lowest degree that is faced by a player for some of the small offenses made like cross checking, elbowing, roughing, high-sticking, delay of the game, too many players on the ice, holding an opponent, holding the stick, kneeing, arguing a penalty call with the referee, or inappropriate comments. The penalty duration is two minutes. If the goaltender of a team is the offender or a team is given a bench minor penalty, then any player on the ice may serve the penalty. The penalty duration may end by a goal by the opposing team and the player may come back to play.

This penalty is imposed on the player on the bench, the coach or manager, for meddling with the game or using inappropriate speech. A player on the ice is chosen by the coach to serve the punishment. The penalty duration is two minutes. The penalty time ends with a goal made by the opposing team.

A major penalty is faced by a player for offenses like spearing, fighting, butt-ending, charging, and boarding. The player will have to stay out of the ice for five minutes. This penalty period is not dependent on any goals scored by the opposing team. If one player on both the teams faces major penalties, then they may be replaced by another player.

A player charged for a misconduct penalty stays out of the ice for 10 minutes. However, the offending team does not play short-handed as the player can be replaced by another player. The penalty player can rejoin the match after 10 minutes. If there is another offense made by a player including the goaltender, an immediate game misconduct penalty is called. The player is called to the dressing room if 10 minutes are not left for the game to be over.

A match penalty called against a player leads to ejection of the player from the team. Substitution may take place after five minutes. This penalty can be called against a goaltender resulting in serious issues for the offending team. A match penalty is called for purposely injuring or attempting to injure another player. This penalty is for ten minutes in NHL and given as twenty-five minutes under the IIHF rules.

PIM: Rest of the game

There have been many ice hockey leagues. The two most popular are the National Hockey Association formed in 1909 and the National Hockey League which came into being in 1917 in Canada. Currently, ice hockey is a well-known sport though it has had its ups and downs. This game is a part of the Olympics program in both men and women’s categories. 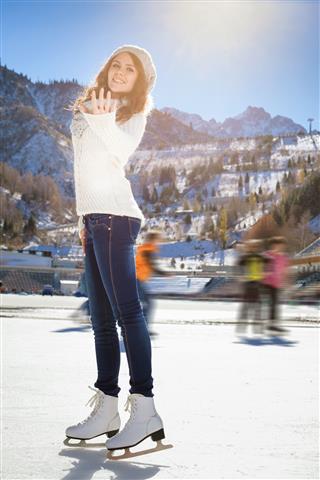 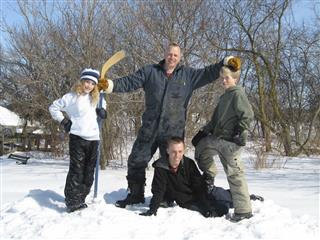