A good kickboxing practice session can help you improve your health and fitness a lot, and also train you in self-defense. This SportsAspire article presents some useful kickboxing combinations, which can help you practice this art effectively, and thus obtain the full benefits from it. 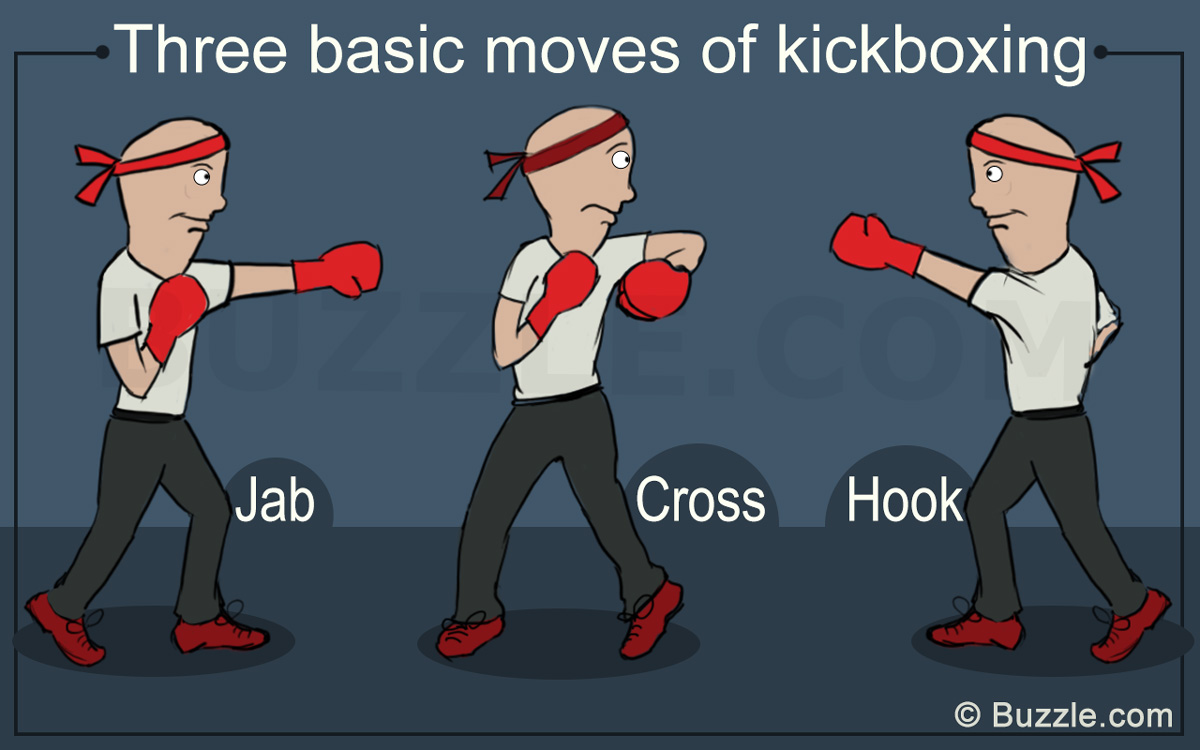 A good kickboxing practice session can help you improve your health and fitness a lot, and also train you in self-defense. This SportsAspire article presents some useful kickboxing combinations, which can help you practice this art effectively, and thus obtain the full benefits from it.

Kickboxing is a highly skilled and intense sport which falls under the broader classification of martial arts. American kickboxing, which originated in 1970, is practiced not only by sports persons but also by those seeking instructions in self defense techniques. There are a number of kickboxing combos that can be practiced and used to develop your own style which suits you the best. The following are some basic kickboxing combos that you can use as a basis to build on.

The fundamental theory behind any kickboxing combination, is that multiple moves (kicks and punches) on your opponent in quick succession, as part of a sequence, are more effective than a single punch or kick. The point is also to condition yourself in a manner that allows you maximum opportunity to gain an advantage by overwhelming your opponent.

The three basic moves in kickboxing are the jab, the cross and the hook. Some also argue for the addition of a fourth basic punch, the upper cut. All kickboxing combinations use these base punches in combination with kicks as part of a seamless sequence.

Kickboxing routines can also be used as effective and intensive cardiovascular exercises. A well choreographed cardio kickboxing combination, works as an effective full body workout, and can help in muscle building on your upper and lower body.

Since you use your entire body for the sequence of kicks and punches that are repeated in a pattern or routine, you effectively target muscle groups in your arms and legs, adding definition and tone your body. Instructors advise that to be an effective fighter, you must perform the sequence instinctively, and move from sequence to sequence without conscious thought, which will only happen through daily practice spanning a significant period of time.

These are kickboxing moves that focus on the upper body – a sequence of fast punches and jabs. This art holds, as a general rule, that one must punch before kicking.

Cardio kickboxing combinations for the arms involve thrusting your arm out towards your opponent’s face and bringing it back quickly, followed by a repetition with the opposite arm. For maximum impact, you can also jab with the same arm in quick counts, using 1-1 (jab-jab) repetitions, followed by 1-1-1, and so on. When using alternate hands, use the jab-punch combination, to the count of 1-2 (jab-punch with alternate hand), 1-2-1 and so on. Continue repetitions till you reach four counts, with the addition of a knee kick. You should use a combination that feels natural, and perform these kickboxing drills till the sequence flows like a reflex.

Although you will eventually be using a kickboxing combination comprising a sequence of jabs, punches, kicks and hooks that you can modify to suit your own individual fighting style, to start with, there are some initial kickboxing techniques which you are required to master.

As with any sport, start slow, with the basic techniques, and then add moves to your routine as you progress. The following is a list of kickboxing combinations to get you started:

Once you find a rhythm and identify a sequence that works for you, you can modify it in a number of ways to make up an entire different routine of kickboxing combinations. In sparring sessions, always remember to keep your defenses up, and attempt to anticipate your opponent’s moves. Ultimately, mix it up and make it work for you, in order to stay on top of the game. 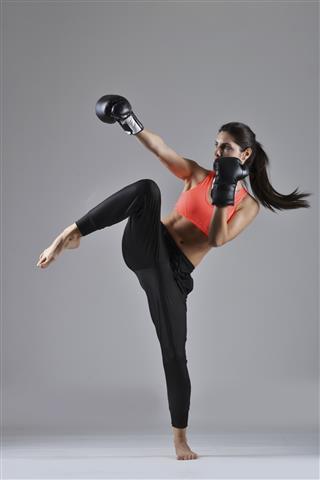 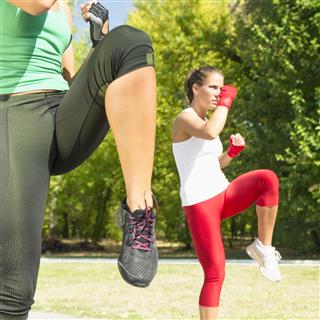 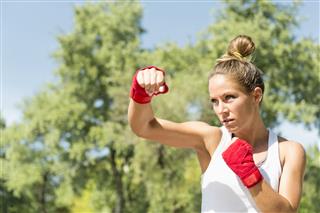